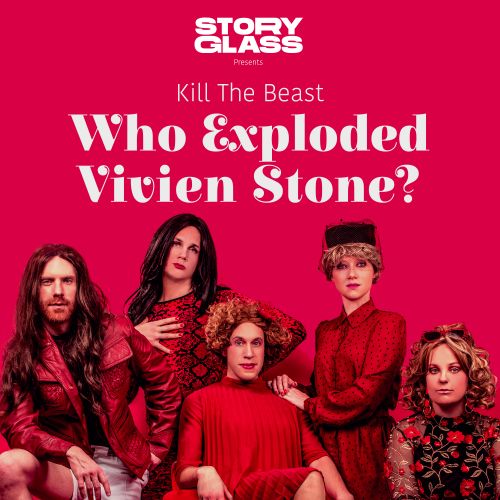 Who Exploded Vivien Stone? comes from the twisted minds and voices of the multi-award-winning Kill the Beast and is an anarchic comedy that wraps a murder mystery into a warped cinematic nightmare. Set on a troubled film set in 1973, where – in the wake of a tragedy – the genre, script and central vision are all up for grabs, the cast and crew must survive a killer on the loose who intends to make a few more brutal cuts. Who Exploded Vivien Stone? is a fast-paced, relentless adventure of shock headlines, shoot deadlines and film studio mayhem.

‘Masters of comedy horror.’ Time Out