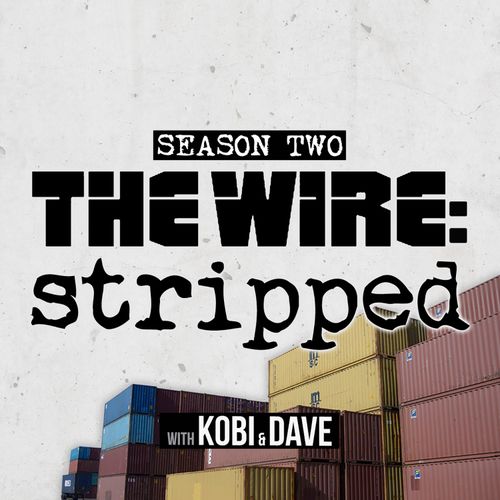 15 years ago, HBO released a show that nobody was talking about.

But then, slowly, everyone started to realise that The Wire might just be the greatest show of all time.

We're Dave and Kobi and we're going back to the Baltimore pits to rewatch EVERY EPISODE in our podcast – The Wire: Stripped.

We’ll breakdown the lingo - like re-ups, burners and wiretaps.We’ll analyse key scenes too.

We talk to key cast members, including Frankie Faison, better known as Deputy Commissioner Burrell, Lance Reddick who played Lieutenant Daniels, And of course, the one, the only… the Bunk. Wendell Pierce. Also listen out for celebrity guests and superfans.

So if you're watching for the first time or the ninth time, join us as we revisit one of the greatest shows ever made.