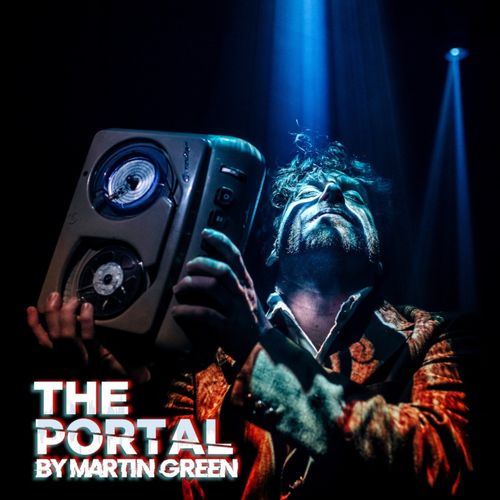 The Portal by Martin Green

Lose yourself in a story of obsession, 40 years of night life and 4,000 years of human connection. In The Portal Martin Green, Wils Wilson, and David Greig have woven together a tale of love, music, drugs and deceit.

Two obsessive recordists, and lovers torn apart by circumstance; Etteridge and Angela left us the most incredible collection of 20th century documentation ever made. From 1947 to 1988 they never met.

They recorded any and every aspect of London nightlife, from war-time dance-halls to the legendary M25 raves. But these recordings never saw the light of day until they were discovered in 2016.

Why did they keep these tapes secret? Because for 40 years these parted lovers had been leaving messages for each other in these recordings. What remains is a dark, dark story left for us to piece together.

With thanks to Eloise Whitmore and Naked Productions

The Portal is delighted to be working with some of the best arts organisations in the UK, co-commissioned by Edinburgh International Festival, Southbank Centre, Bristol Music Trust, Oxford Contemporary Music, National Theatre of Scotland, Shetland Arts, The North Wall, MacArts Galashiels and funded by Creative Scotland.