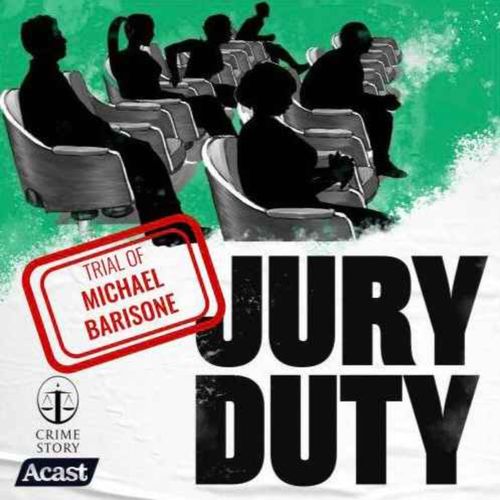 Season Seven of Jury Duty focuses on two sexual assault trials which are taking place at the same time ON THE SAME FLOOR of the Clara Shortridge Foltz Criminal Courts Building in downtown Los Angeles… These are the trials of Harvey Weinstein and Danny Masterson. Because neither of these trials will be recorded, we are shaking up our Jury Duty format. Two times per week, on Mondays and Thursdays, you will hear new episodes with reports from journalists who are in the courtrooms as these trials are happening. We will also present periodic bonus episodes to catch you up on breaking news in both trials. Here with introductions to each of these trials are our correspondents Molly Miller and Brittany Bookbinder:

Hi I’m Molly Miller covering the trial of Legendary Hollywood Mogul, Harvey Weinstein. Weinstein is currently serving a 23 year prison sentence after being convicted of rape and criminal sexual assault in New York in 2020. In his LA trial, which is expected to last six to eight weeks, he faces 4 counts each of forcible rape and forcible oral copulation, 2 counts of sexual battery by restraint, and one count of sexual penetration by use of force.

I’m Brittany Bookbinder. Down the hall from the Weinstein courtroom, Television actor Danny Masterson faces trial on three counts of forcible rape dating back to 2001 and 2003. Much of the media attention so far has focused on the fact that Masterson is a member of the Church of Scientology as were his alleged victims. While Judge Charlene Olmedo has taken pains to declare that Scientology is not on trial, there will be testimony at trial about the practices of Scientology as context for why the women waited a decade to report the alleged attacks to the police.

In The Trials of Weinstein and Masterson: Introduction, Molly and Brittany offer us an overview of the charges against each defendant and context on the early days of each of their trials.

For more of Crime Story and Jury Duty — including ad-free episodes of the upcoming season; Kary Antholis's Storyteller Interviews with ground-breaking, award-winning storytellers like David Simon and George Pelecanos; and all of our Amanda Knox Project opinion pieces and interviews— subscribe on Patreon for just $5 per month.