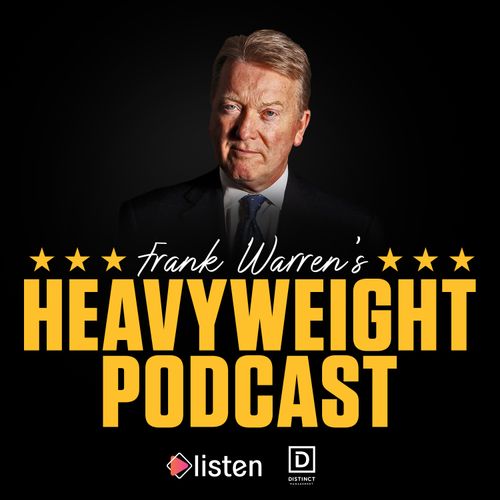 Frank Warren knows what it takes to build an empire from scratch. Now in his fifth decade as a boxing promoter, he’s learned a thing or two about what it takes to make your mark on the world. He’s been on the ropes and taken his fair share of blows, but he’s still standing… stronger and more ambitious than ever.

In Frank Warren’s Heavyweight Podcast, it’s Frank’s turn to spar with others who have reached the top in their areas – sport, journalism, politics, the restaurant trade and more.

We’ll hear how to get what you want from life, alongside stories guaranteed to shock and entertain.

This is a Listen Entertainment production.