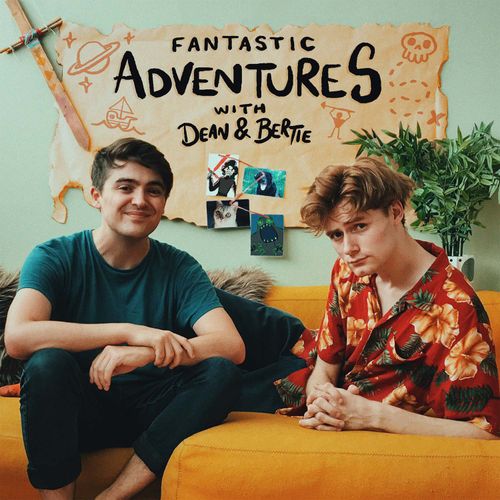 Dean Dobbs and Bertie Gilbert love movies, video games and Star Wars. So they decided it was high time to put their late-night, surreal chin-wags into podcast form. Star Wars always finds a way into their conversation, it's almost like an addiction. So if you are a fan of Sci-Fi and geek culture, this is a podcast for you.

Dean Dobbs is a YouTuber, writer and comedy performer. Along with his comedy partner Jack Howard, he makes sketches for the Jack & Dean YouTube channel. Dean has presented on BBC Radio One and written and starred in two series of ‘JACK & DEAN OF ALL TRADES’ for U.S VOD platform Fullscreen. The short form comedy series also starred the likes of Jessica Hynes and Game of Thrones’ Jacob Anderson.

Bertie Gilbert is also a YouTuber and fast becoming an accomplished young film maker. His notable successes include short film, BLUE SUSHI, which was funded by YouTube. This was followed up in 2016 with LET IT BE, which starred YouTubers Dodie Clark and Savannah Brown.