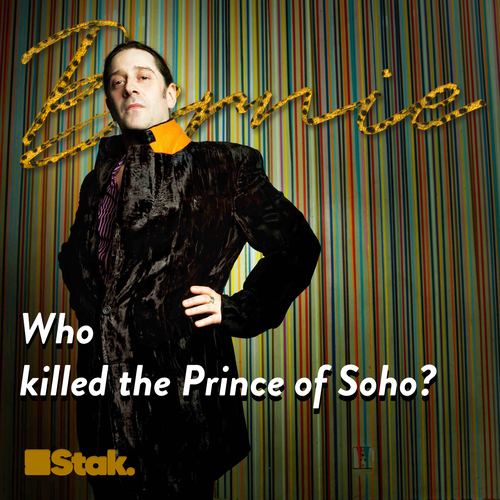 Bernie: Who killed the Prince of Soho?

Bernie Katz was an institution in London Soho's club scene for over 30 years. Friends with the rich and famous, Bernie was the former front-of-house manager of Soho's exclusive Groucho club and the guy who could get anything done.

In August 2017, Bernie was found dead in his North London flat aged 49 under mysterious circumstances. There was an outpouring of love for Bernie. But what wasn't clear from the thousands of tributes was that in his final months, Bernie’s life had unravelled quickly, quietly and catastrophically. He was removed from his position at the Groucho Club, all the money from his private art collection was gone and he was being pursued by Albanian gangsters.

Who was the real Bernie Katz? And what led to his untimely death? In this three-part podcast series, journalist Mark Edmonds speaks to Bernie's close friends and the celebrities who knew him well to understand how Bernie became 'The Prince of Soho' and the demons he left behind.

Thanks to all our contributers, sohoradiolondon.com, 5x15.com - and Emily Jordan-Patrikios, Tom Oakley and Belle Noir.

Bernie: Who killed the Prince of Soho is a Stak production and a member of the Acast creator network.