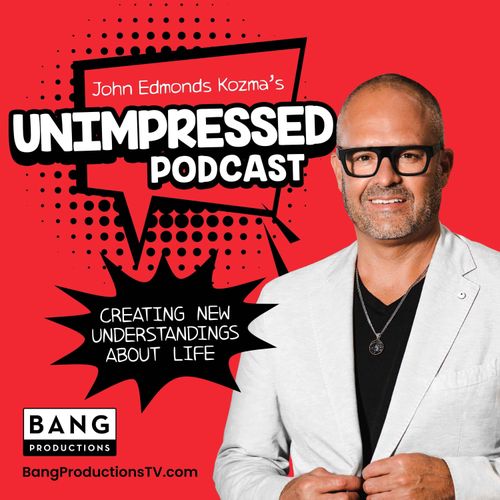 CEO of Bang Productions, executive producer, entrepreneur, and thought leader in the entertainment industry, John Edmonds Kozma, changed how the comedy industry conducts business. He was the pioneer in breaking a national touring comedian through social media. He is a subject matter expert in tech and entertainment that draws on over 20 years of working on both sides of the camera with talented people such as writer/director Nick Cassavetes (The Notebook), Executive Vice President of Rough Draft Studios and Emmy Award winner Claudia Katz, world-renowned DJ Armin van Buuren, and American Professional Motorsports Competitor Travis Pastrana.

John created Bang Productions to offer an entirely new approach to entertainment called the micro studio. He developed “Finding a Perfect Audience,” a universal approach to establishing a position of influence using precise data from media. Under John’s leadership, Bang was selected as a Meta Media Partner. Bang is also well known for high-quality short and long-form content creation, talent management, production of live shows, and the administration of event ticket and merchandise sales.

John’s expertise resulted in Bang Production’s social media channels reaching over 1.2 billion viewers yearly. He made a radical change by cracking the code on creating celebrities without a Hollywood studio’s backing. The most notable to date is comedian Darren Knight aka Southern Momma, who has grown to 4M followers in less than four years. He continues to support other talents by creating and producing powerful content that authentically engages with their audience. John continues to educate about how he revolutionized the entertainment industry on his “Unimpressed Podcast” and by speaking at events worldwide.

Login to access exclusive content, or learn more
By continuing or choosing “OK”, you accept that we and our partners use cookies to improve our website's performance and provide you with a customized user experience, including by measuring website traffic and deliver ads that are more relevant to you and your interests. You can read more about the purposes for which we and our partners use cookies and manage your cookie settings by visiting our Cookie Policy. We have made some updates to our Cookie Policy. Please note that your continued use of the Acast service will be deemed an acceptance of this update.